(Will there be a Monica Bulb?) 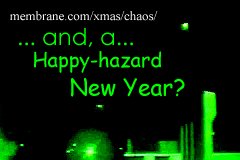 What's That? The Jig Up, Jack?

This song was recorded in a New Jersey basement. The footage of the original extemporaneous jam has since been supplemented... as the real world becomes stranger than fiction, the view point from the root's of the grass is being added. For is it not the grass's roots that help prevent erosion?

While the process of impeachment unfolds, here is how it looks (and sounds) from an American living room:

In the search for truth, justice and the American way, hopefully every bold faced liar will be cut down to size... just like a chain saw cuts through wood? One would hope. But, who would have thought that O.J. Simpson could get away with murder... by lieing? Now, the justice branch of our federal government will never be the same. Is the executive branch of our government headed in the same direction?

This music video was performed extemporaneously at the Concert to Benefit Relief from the Psychedelic Awe Tax. The words and music were ad-libed... prior to the President admitting that he is a liar. It was not intended to be a political statement... but, perahps... it was a vision of the shape of things to come?

In case your not having a panic attack, yet...
Maybe ya ought Ĺta have...
A little regret?

Whatĺs that?
The jig up, Jack?

Whatĺs that?
The jig up, Jack?
Get the heck out!

Whatĺs that?
The jig up, Jack?
We're gonna shout!

Whatĺs that?
The jig up, Jack?


Whatĺs that?
The jig up, Jack?
Are ya ever gonna,
Take it back?

Back to the "Dark" Index

ę The Philadelphia Spirit Experiment Publishing Company
These graphics, images, text copy, sights or sounds may not be used without expressed written consent of the Glistening Web Communications Corporation.